Duran Hall has 28 years of insurance industry experience in a variety of progressively more responsible roles.
Immediately after graduating from Eastern Kentucky University with a degree in Insurance and Real Estate, Federated Mutual Insurance Company chose him to market insurance programs in Central Kentucky.  After 3 years, the company asked him to help pioneer its independent insurance agency system in the state of Arizona where he proved to be a regional leader.  Once again the company called him to take even a bigger challenge in Ohio.  There he recruited, hired, trained, and led a team of direct salespeople throughout the state and improved the sales by 100% in 5 years time.

In 2004, he was the first employee and minority owner of Maverick Insurance, LLC located back his home state of Kentucky.  In 2007, he was named President of the company.  Under his leadership, the company grew to 11 locations in 4 states and earned recognition as being one of the fastest growing companies in the Louisville metro area.

On July 1, 2013, Duran founded Maverick Insurance Group, LLC in Louisville, KY. with a second office location in Pikeville, KY.  The agency will focus on superior customer service while offering the best insurance products to its customers.

Duran serves as a board member on the Kentucky Workers Compensation Funding Commission and is Chairman of the Board for One East Kentucky.

He is married to Mary Beth for 24 years and has 2 beautiful children, Katie and Trey.  They live in Louisville, Kentucky.

Debbie Ford is a former resident of Madison, Indiana, and began working for the Madison Insurance Agency in 1996 as a personal lines and small commercial CSR. After a brief sting as a staffing specialist for Manpower Group, she relocated to Louisville, Kentucky, in January 2018 and re-entered the insurance industry with Maverick Insurance Group. She is an Account Manager for large commercial customers and assists with the agency operation system.

Terence A. Gordon has over 20 years of insurance industry experience including the past 15 years specializing in large commercial accounts as a Senior Risk Advisor. He holds several professional designations including CWCC (Certified Workers Compensation Consultant) and PRIS (Property Risk Insurance Specialist. He studied at Atherton High School in Louisville, KY and Indiana University in Bloomington, IN. He is married to Nicole Gordon and together are the proud parents of two children, Connor and Ella. Outside of work, he enjoys golf, horseracing, UofL Sports and the Chicago Cubs.

Kim Quintela began her career in the insurance industry in 1980 with a well-known, established Louisville agency. Over the next 20 years and due to her dedication and skill, she was able to serve the needs of the agency in Personal Lines, Commercial Lines and Claims Handling, rising to Accounting and Office Manager. In 2004, and due to her industry reputation, Kim was sought out to help revitalize a struggling local agency – helping determine the direction of growth, hiring and evaluating for increased production, writing departmental procedures, agency systems, and training. In 2017, again Kim was sought out by another local agency to be an account manager on marine and large accounts. Kim joined the Maverick Insurance team in July 2018, as Operations and Accounting Manager. Kim has lived in Kentucky all her life, is married to Mark, has six children and is a member of Southeast Christian Church.

Jackie was born and raised in Pikeville, KY. She started her insurance career in 2006. In her free time, she enjoys traveling in various parts of the country. In the future, she hopes to travel coast to coast in an RV. 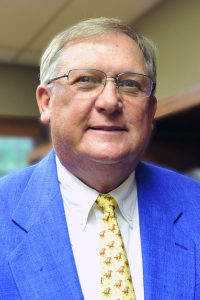 Doug Hyden II is a native of Prestonsburg, graduated from the University of Kentucky with a degree in Political Science. In 1991, Doug owned and operated several businesses until 2000 when he sold those businesses and joined The Kinzer Group. Doug was employed by The Kinzer group for 19 years and became the COO of the company before his departure in 2014.In June 2015, Doug joined his friend Duran Hall at Maverick Insurance Group where he focuses on commercial insurance with an emphasis on those companies involved with the natural resource industry. 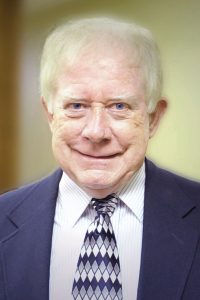 Mike was born and raised in Pikeville. After he graduated from Pikeville College, he taught school for 3 years. Mike has been with several Independent agencies over 40 years ending 2012. When I retired from Wells Fargo 2012, he started with Maverick Insurance at its inception 2013.

Him and his wife Nancy have two sons, Mike Jr. and Jimmy Dan. While Mike was in college, he started a band called “The Continental Five”. They had a national hit on the charts nationwide in 1964 called “Natural Born Man”. It went to number 49 in the top 100 on Billboard charts. They were on the Dick Clark Caravan of stars in 1964. His band toured from Philadelphia to Jacksonville. The Continental 5 still gets together 3 or 4 times a year to do a few shows. Mike loves UK and all sports.

Frances began her insurance career in 1979 working in an insurance company claims office in Lexington, KY. She has worked primarily in the personal lines area of insurance with independent agencies in the Pikeville area since 1981. She has also spent 2 years with a Life and Health Insurance Company and 1 year as a Producer.

Frances holds a Bachelor of Science degree from the University of Pikeville. She also has a Certified Insurance Counselor (CIC) and Accredited Advisor of Insurance (AAI) designations.

She lives in Pikeville with her husband Jerry, and both are active in their church. Outside of work, Frances likes to read but her favorite hobby is spending time with her grandchildren, whom she travels to visit every chance she gets. 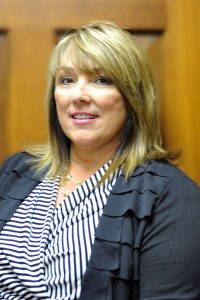 Karen began her career in the insurance industry in 2006 with Anthem Blue Cross and Blue Shield.  In July, 2013, she joined Maverick Insurance Group on inception as a Senior Executive Producer and is currently licensed in life, health and all lines of commercial insurance. She is also a trusted Medicare product Specialist. 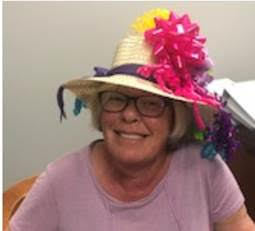 FOREVER IN OUR HEARTS

As an independent insurance agency, our goal is to assist you in all your insurance needs. As professionals, we assess your needs and offer you a variety of insurance products to choose from.
Like Us On Facebook

We're not around right now. But you can send us an email and we'll get back to you, asap.